Ducks are doing worse and worse 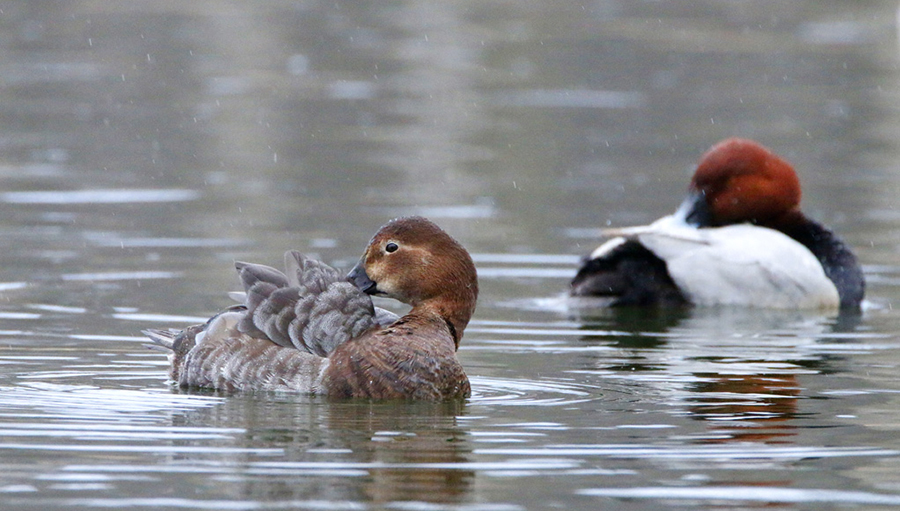 Of the ducks, mallard is the only one with a stable population trend, while all other game duck species show a declining trend. Duck species that are not hunted and other wetland species are also not doing well. The decline in habitats is likely to be the main reason for this. What is particularly alarming is the decline in breeding success. Finland is responsible for the breeding success of many European waterfowl species and, through this, for their population trends. If young birds do not survive, soon there will be no adults either.

A good habitat is composed of numerous elements. Birds need feed, protection and shelter, and a good place to nest. Young birds and adults exhausted by the nesting season need a safe place to grow feathers and build up nutrition reserves for the autumn migration.

Our game waterfowl species differ considerably in terms of the type of habitats they require. Some live in waters that are rich in vegetation, while some prefer more barren environments. What they both need, however, is enough invertebrates to eat and protection against predators.

Problems in waters reflected on birds

Eutrophic lakes are often overtaken by an unbroken reed bed that ends in deep water, where large predatory fish prey on ducklings. Shallow, open waters would be more suitable for ducks.

Predatory fish are not, however, the main problem. They also feed on cyprinids found in too large numbers in many eutrophic lakes. Cyprinids feed on the same nutrition as ducklings and they also stir the lake bottom, causing water turbidity and poor visibility. This may prevent the growth of vegetation on the lake bottom that would be important for invertebrates and birds.

Number of predators continue to grow

While habitat quality has been declining in recent years, the numbers of predators that pose a threat to nesting birds is also growing. Wetlands are particularly attractive habitats for the invasive species mink and raccoon dog. The numbers of the latter caught by hunting keep growing year after year. Of our domestic species, especially fox and corvids are well-known threats to wetland birds.

The very presence of predators disturbs the birds even if they did not kill them. Predators are also the reason why black-headed gulls have disappeared from wetlands. The nesting in the colonies of these natural predator guardians used to provide protection for many ground-nesting bird species.