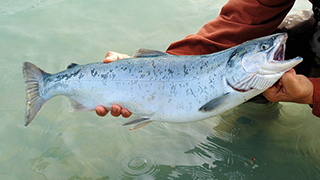 The International Council for the Exploration of the Sea (ICES) published its scientific recommendations for fishing quotas for 2020 in the Baltic Sea area. The recommendations are based on estimates on the state and exploitability of herring, sprat, cod and salmon stocks.

According to assessments by ICES, the state of many important fish stocks has declined. It is estimated that the stock of herring in the Bay of Bothnia, which is important to Finland, has been reduced and according to the recommendation, the Total Allowed Catch (TAC) should be cut down by 32 per cent from 95,000 to 65,000 tonnes. With regard to other herring and sprat stocks, it is recommended to reduce the TAC, with the exception of the TAC for herring in the main basin of the Baltic Sea, the Gulf of Finland and the Gulf of Riga, for which the TAC might be slightly increased. The western herring stock has continued to decline and according to the recommendation, fishing for herring should cease in this location.

The development of cod stock has also been negative. The eastern cod population is in a very weak state. The fish are thin and weakened by parasites and do not grow well. ICES recommends ending the fishing of eastern cod. The state of the cod stock in the Danish straits has declined and a significant reduction in the TAC is recommended.

With regard to salmon stock, the ICES estimates, in line with previous years, that the TAC for the salmon of the main basin and the Gulf of Bothnia should be no more than 116,000 salmon. Taking into consideration the ICES estimates of the registered catch, unlawful catch (wrongly reported or unreported) and discarded catch (damaged by seals), the TAC should be set at a level of 59,800 salmon. Concerning salmon in the Gulf of Finland, it is recommended that the TAC be kept at the current level.

The Finnish presidency of the EU Council begins in June 2019. In line with its position, Finland will act as a neutral president and strive to find a solution in the matter of the Baltic Sea fishing quotas for 2020 based on the proposal by the Commission to be received in the autumn, in accord with the guidelines of the common EU fisheries policy concerning sustainable fishing and be acceptable by all EU Member States.

Because of the EU presidency, the government will not be giving a written report to Parliament on the scientific recommendations mentioned above as in the previous years. However, the Finnish Government will consistently follow the guidelines previously established by Parliament based on scientific information and the principles of sustainable fishing in the different stages of the process. Finland will also continue its efforts to eradicate unlawful fishing of salmon in the Baltic Sea.

Inquiries at the Ministry of Agriculture and Forestry: