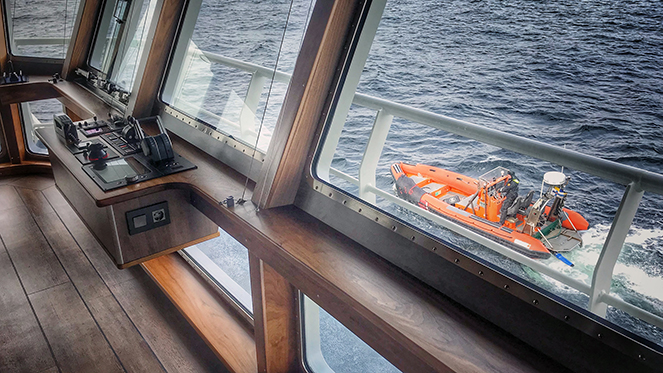 The numbers of illegally caught salmon in the Baltic Sea have decreased dramatically, as shown by the report of the International Council for the Exploration of the Sea ICES. According to the report published on 29 April 2020, the reason for this is the ban on sea trout fishing that Finland advocated in the EU Fisheries Council. Before that, more than 40,000 salmon caught in the Main Basin of the Baltic Sea used to be misreported as sea trout.
According to ICES, in the fishing season 2019 the number of misreported salmon was just 600 individuals, which means a dramatic change from the 42,600 individuals misreported in 2018. This confirms the earlier estimates presented by the Finnish fisheries control authorities (Press release of the Ministry of Agriculture and Forestry 11 April 2019).

Much of the illegal salmon fishing took place in the Polish offshore fishery by misreporting the catch as sea trout. The researchers consider that the main reason for the decrease in illegal salmon fishing is the ban on sea trout fishing approved by the EU Fisheries Council in 2018, based on Finland’s initiative.
- Finland has shown great determination to put an end to illegal fishing in the Baltic Sea. Besides the ban on sea trout fishing, the vessels of our Border Guard have supervised fishing in the Main Basin, and Finland has also participated in jointly-organised inspections. Now it is really fantastic to see the outcome of the measures taken for the benefit of salmon stocks, Minister of Agriculture and Forestry Jari Leppä says.

According to the ICES report, misreported catch used to represent as much as 32% of the total salmon catch, but now this is just 1%. In addition to the analysis of reported landings, this estimate is based on the activity of fishing vessels and control data. A particular focus has been on vessels that used to report large numbers of sea trout.

However, illegal fishing has not stopped completely. The researchers estimate that 7% of the total catch, about 17,500 individuals, still remain unreported.
- Action to eradicate illegal fishing must be continued. This is not only for the benefit of the fish stocks but also in the interest fishermen who abide by the rules,” Head of Unit Risto Lampinen says.

In 2019, the EU shifted the focus of fisheries control to the Baltic Sea salmon because of the fast and unsustainable increase in misreporting. Finland took an active part in the joint operation coordinated by the European Fisheries Control Agency EFCA e.g. by sending a guard vessel and control personnel to the southern Baltic Sea to assist in the operation. During the current fishing season a Finnish guard vessel has also been patrolling the Main Basin of the Baltic Sea.

As stated in the Government Programme, Finland will continue to take effective measures to combat illegal fishing and pursue a science-based fisheries policy in the EU.