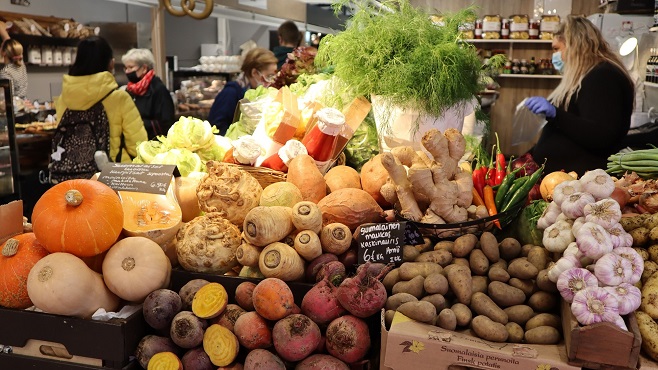 On 4 March 2021 more than 100 people participated in a webinar to boost Finland’s preparations for the UN Food Systems Summit FSS in September 2021. The webinar was organised by the Ministry of Agriculture and Forestry and Ministry for Foreign Affairs. In his address to the webinar David Nabarro, the leader of the global FSS Dialogues process, noted that Finland has taken an active lead in reforming the world’s food system to make it more sustainable and equitable.

Permanent Secretary Jaana Husu-Kallio, who also spoke at the webinar, pointed out that Finland meets all the key conditions to serve as a model in sustainable development: we have made serious and successful efforts towards healthy food, reducing the adverse environmental impacts of production and preserving biodiversity.

The UN Secretary General has invited the world’s heads of state and government to the Food Systems Summit that will be organised in connection with the UN General Assembly in New York in September 2021. A ministerial meeting to prepare for the summit will be held in Rome in July.

Food is an outcome of work done in a complex system, which means that food should be considered from the perspective of the system as a whole. It is very important to understand the connections and interactions between the different parts of the system. An individual purchase decision in a Finnish supermarket has impacts on the natural resources, water economy, energy consumption, people’s livelihood, and creation of waste and side streams in the location where the food was produced, and on the consumer’s own health. The choices of an individual consumer are important, but political decisions on the systemic level are also needed.

The Finnish food system has proved its strength and resilience, its ability to take hits. The COVID-19 crisis, avian influenza or the 2008 financial crisis have had very little impact on the food we put on our table. But, there is always room for improvement.

Global megatrends that give rise to challenges include climate change and water shortages and erosion associated with it, loss of biodiversity, number of people suffering from hunger which is growing again and, on the other hand, obesity and other nutrition-related problems, unjust income formation in the food system and regional distortions, and diseases affecting the production and processing chain.

The reform of the food system requires contributions and collaboration from all stakeholders. Every one of us is a part of the food system, as a party to the production chain or at least as a consumer. This is why an exceptionally broad dialogue process between the different stakeholders and civil society has been organised to prepare for the summit.

Besides the global summit and national dialogue, Finland will take advantage of its Presidency of the Nordic Council of Ministers and organise a joint Nordic dialogue on the food system in connection with the ministerial meeting in June. The aim is to bring forward joint Nordic objectives and means that have a bearing in the global context as well.