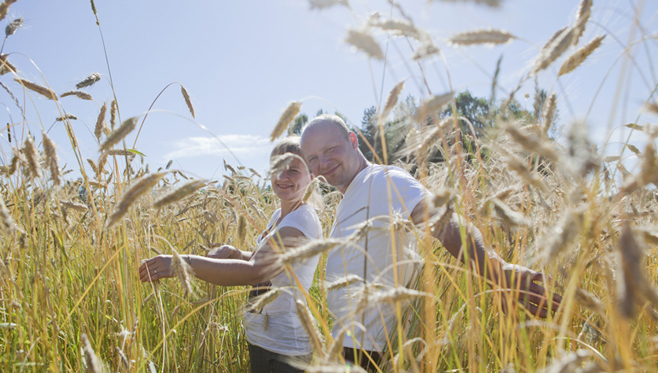 The Rural Development Programme for Mainland Finland 2007–2013 promoted employment, improved the conditions for entrepreneurship and food production and contributed to environmental management and development of rural services. Through the programme as many as 75 000 jobs were created or preserved in the rural areas. Almost 8 000 of these were real new jobs, while the rest were jobs that were either preserved or that existed during the implementation of the projects or investments.

This was shown by the results from the programming period discussed at the last meeting of the monitoring committee in Turku on 23 May.

– The results are a strong proof that the measures under the programme have enhanced the viability of the countryside, says Esko Juvonen, Counsellor for Rural Affairs at the Ministry of Agriculture and Forestry, who chaired of the monitoring committee.

Faith in the future of the countryside: support to more than 3 000 young farmers

There is faith in the future and young entrepreneurs in the rural areas. Support was granted to more than 10 000 enterprises that invested in new technologies or buildings, developed their operations or launched new kinds of business. Of the financing for enterprises 70% was targeted to setting up and development of microenterprises.

Young farmers bring new energy to the countryside: almost 3 000 farmers received start-up aid for young farmers relating to transfers of farms to the next generation and other changes of ownership. There was a great deal of interest in developing the farms. Almost 1 800 farms applied for investment aid to improve their efficiency and economic and production conditions. Some of the investments were funded from national sources only.

Work on the rural environment was one of the key priorities of the programme. 90% of the Finnish farmers committed to undertake environmental measures. Thanks to these, for example, the nitrogen balance showing the amount of unused nitrogen decreased by 40 % from 1995 to 2015, while the phosphorus balance fell by 79%.

In 2007–2013 about 6 000 rural development projects were implemented.  The projects were concerned with improving the access to and services in the rural areas, hobbies and leisure activities for the young, community spirit and action among the rural residents and cooperation between enterprises. Some of the projects aimed to promote the integration of immigrants and social engagement.

Communications in the countryside were improved via 76 broadband projects. Better communications have contributed to the diversification of rural services and operating conditions for businesses.

Of the programme funding 98.4% were used

The total costs of the programming period 2007–2013 were estimated at about EUR 8.5 billion. Most of the programme measures were completed by the end of 2014, but quite a lot of the final payments were still being made during 2015. We can be very happy with the outcome.
– Finland utilised 98.4% of the financial framework allocated by the EU for rural development. This means that good use was made of the EU funding, largely thanks to our efficient administration. The Finnish Agency for Rural Affairs responsible for implementing the programme, the Centres for Economic Development, Transport and the Environment that made the financing decision, Leader groups and local governments have done great work to develop the Finnish countryside, says Esko Juvonen.

The Rural Development Programme is a key instrument for the renewal of the countryside and promoting rural viability. The current programming period covers the years 2014–2020 and the public funding for the whole period totals EUR 8.181 billion.

Further information for the applicants:
Centres for Economic Development, Transport and the Environment