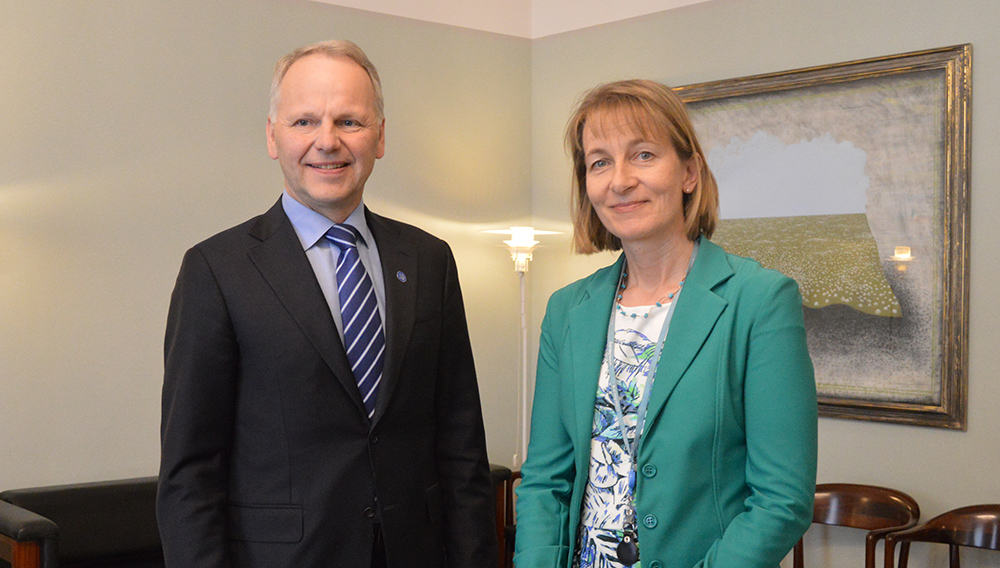 In July, Finland will become a member of the Council of the Food and Agriculture Organization of the United Nations. The FAO's primary goals include the eradication of hunger, malnutrition and poverty, the promotion of economic and social development as well as ensuring the sustainable use of natural resources. As a member of the FAO Council, Finland will represent all the Nordic countries for the next three years.

In the Council, Finland will place an emphasis on information and standardisation work, risk tolerance as well as the sustainable management and use of natural resources. Important themes include sustainable food systems and the circular economy.

Additionally, Finland has proposed that 2020 be named international plant health year. The proposal has received strong support from numerous countries. The UN General Conference will make a final decision on this matter.

Minister of Agriculture and Forestry Jari Leppä is to participate in the FAO Conference's session in Rome, which begins on 3 July. The central theme of the Conference will be the link between climate change and agriculture.

"Membership in the FAO Council is a tremendous opportunity to highlight themes important to Finland and our country's expertise in an international forum. We will also have the opportunity to influence the work of the FAO. I would especially like to emphasise that achieving food security will require the strengthening of entrepreneurship in rural areas all over the world," Minister Leppä stated.

During the Conference, Finland will organise a side-event with its partners on the topic of global health security. The purpose of the event will be to remind that the FAO and the agriculture sector play an important role in the comprehensive provision of health security, i.e. in One Health concept. Engaging in national, regional and global cooperation is essential, if we wish to tackle cross-border health threats.

The Food and Agriculture Organization of the United Nations was established in 1945. With its current 194 Member Nations, the FAO is the largest UN organization. The FAO's current Director-General is José Graziano da Silva from Brazil. His second four year term began in 2015.

Inquiries to the Ministry of Agriculture and Forestry: